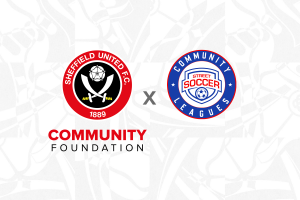 The Street Soccer Foundation (Reg Charity: 1189558) has today announced its formation of new Street Soccer Community Leagues across the country.

In the wake of the England Lionesses being crowned European Champions after their incredible victory over Germany at Wembley, and on the eve of the new Premier League football season, the football-led charity has today launched the UK’s 1st adult 5-a-side football leagues – with a social heartbeat.

As the nation’s most popular team game, football has shown just how powerful sport can be in uniting communities. From the end of August, the Foundation will offer its first six Street Soccer Leagues in key areas nationwide, with all leagues to donate 100% of weekly match fees from playing participants to support social good causes in local communities across the country. More leagues will also launch in other areas throughout the year.

Putting the local community at the heart of each League, the Street Soccer Leagues aim to bring whole communities together, providing a fun, competitive sporting focus for everyone, whilst simultaneously helping league participants to help change the lives of others – simply by playing the beautiful game with friends each week.

The League Format
The Street Soccer Leagues will operate throughout the year with the aim of recruiting 8 teams into each hosted League. Matches will be played weekly with teams playing each other twice in each 14-week season, with 3 seasons expected to run each year.
Each Street Soccer League will be managed by an appointed and qualified Referee assisted by a Match Supervisor. Matches will be 12-minute halves with a 2-minute break at half-time and teams will change ends at half-time.

Chris Bailey, Head of Foundation, SUCF, said: “It is a privilege to help deliver a Street Soccer League in Sheffield, not only provide opportunities for people to enjoy playing football, but to make a valuable contribution to our local communities as a direct result, it is a fantastic initiative”

By registering to take part in the new Street Soccer Leagues, individuals will get active and meet new people, make new friends, and support their general physical and mental health and wellbeing.

Keith Mabbutt, Founder and CEO, the Street Soccer Foundation, said: “By setting foot onto a Street Soccer League pitch, people will know each week that they are helping to make a positive impact on the lives of others less fortunate in their local community. Every game. All year round. Simply by playing football with friends or work colleagues. It’s the power of football at its best.”

Register Today
Click here to register for FREE to Form a Team.
Once registered, individuals will be contacted to confirm the rules and be provided with further information prior to their team getting started in their chosen League.

Are you ready to Play for Change? JOIN A LEAGUE TODAY.