Sheffield United’s Foundation degree students underwent their induction weeks based in the University of South Wales in Cardiff.

The course, delivered by Sheffield United Community Foundation in partnership with The University of South Wales, brought together more than 180 students from various football clubs across the country. It involved learning the key aspects around football coaching and development such as youth football coaching, sport in the society and sport science.

This year has seen three of our students win awards for the North-East region. Tom Fogg has picked up an award for ‘Academic Performance’ for his fantastic attitude to learning, as well as achieving consistently high grades in his modules.

John Caven has won the award for ‘Professional Practice’ for contributions to work based learning. John has been involved in a variety of coaching roles within our Foundation through his delivery on Premier League Primary Stars, Health projects and the NCS programme. In addition, John also undertakes elite coaching with Doncaster Rovers, as well as his role as a volunteer at his local grassroots club. 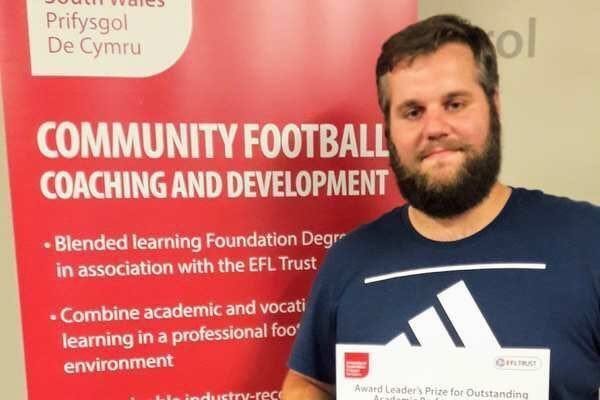 Lastly, Ash Ibbotson also picked up an award for ‘Professional Practice’ for his contribution to work based learning undertaking 300 hours of delievry over the year. Ash has progressed from his BTEC education programme to graduating with a Foundation Degree.

The successful students will receive their awards at the national residential between 12th – 15th September.

The five winners from each region will progress to the national awards, so there’s a possibility they could win more titles. Let’s keep our fingers crossed!