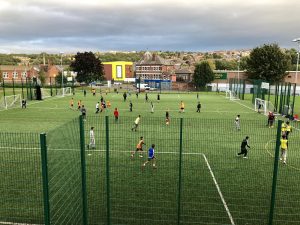 The six-a-side tournament will be held at the U-Mix Centre in Sheffield and will host 10 football teams. Alongside the tournament, there will be a workshop for staff led by Howard Holmes from Football Unites, Racism Divides, based around the comic books featuring Arthur Wharton, Albert Johanasson and Walter Tull. Staff will be shown how to make best use of the materials in the comics to spark discussion.

There will also be a number of special guests joining us throughout the day, which will be announced nearer the time.