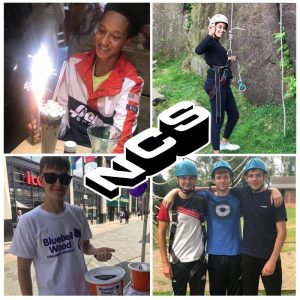 In partnership with EFL Trust, Sheffield United Community Foundation won the contract to continue the delivery of NCS from 2020 onwards joining 65 Delivery Partners that will be managed by EFL Trust.

NCS is one of the fastest growing youth programmes engaging 500,000 young people since piloting in 2009. The NCS experience will give young people a clearer idea of what they want from their future. They will take on fresh challenges, get a taste of independence and be given a platform to have their voices heard and deliver a social action project that will positively impact their local area. Through EFL Trust, over 1.8 million hours of voluntary work has been delivered addressing local and national issues which young people are passionate about such as mental health, the environment and plastic waste.

Sheffield United Community Foundation has delivered NCS since 2012 engaging over 2,000 young people. During that time young people have delivered over 50,000 hours of social action in Sheffield which has seen countless fundraisers for local charities and also renovations at Heeley City Farm and Bradway Community Hall.

Ben Barnett graduated NCS with Sheffield United Community Foundation in 2019 and believes that the programme has changed their life;

“I was really lonely before I did NCS and found it hard to make friends. I was nervous about going on NCS but it’s the best thing I’ve ever done! I made lots of new friends and gained so much more confidence when talking to new people! I found some parts of NCS really challenging, like our hill walk in the first week, but now looking back, activities like this were the ones I enjoyed the most.

I’m proud of myself for doing NCS and wish I could go back and do it all over again!

“We are thrilled to be a part of NCS for the next five years and we’re looking forward to delivering NCS to the young adults of Sheffield. We are really excited to see the journeys of the young adults and help their transition into adulthood.”

“I’m incredibly proud of everything that NCS has achieved in the last ten years. As it moves into the next phase of its life, I’m confident NCS can make a more significant difference for our young people and their communities than ever before.”